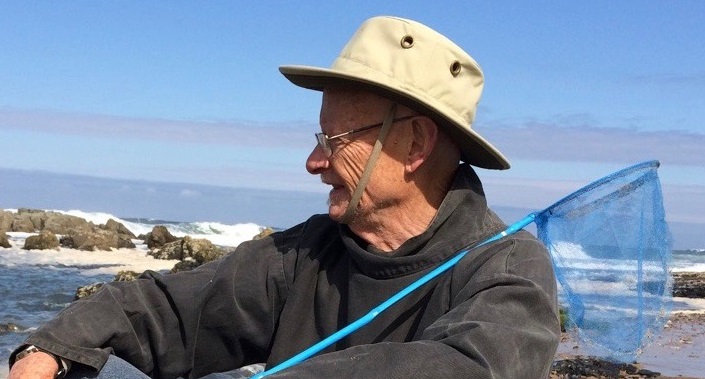 Professor J. Michael Walton looks back on his career in the Drama Department at Hull and recalls his unusual and, at the time, unprecedented route to becoming an alumnus of the university.

In 1965, while a ‘resting’ actor/director surviving by anything from supply teaching to selling underpants in Selfridges, I applied for a job as third member of staff in the fledgling Drama Department at Hull, then only the third such in the UK. At the time I had also been short-listed for one of two jobs as an assistant director at the National Theatre. Offered the job at Hull, I asked for day to think it over and returned to London to find a rejection from the NT sitting on the doormat. Hull, for a year then, I thought. 38 years later I retired as an Emeritus Professor in Drama, 20 years after gaining a Hull PhD by publication (three books, 1980-84). It is this which qualifies me, atypically, for claiming the proud status of a Hull Alumnus.

There is a complicated back-story, of course. After graduation from St Andrews with an MA in Classics – more time spent working with the Mermaid Dramatic Society than on Greek and Latin – I took a postgraduate diploma in Directing and Design at Bristol.  Hull Drama Department had started with a single member of staff, Donald Roy, a former lecturer in French at Glasgow University, joined a year later by Harry Thompson, a mature student at Bristol, later General Manager of Bernard Miles’ Mermaid Theatre at Puddle Dock. To these first two colleagues I owe a huge debt for their tolerance of my skimpy knowledge of the theatre history I was meant to be teaching to students of Joint degrees from 1966, Special (Single Honours) from 1971. More welcome still was the freedom they gave me to pursue a policy to which we all subscribed of offering unique degree courses with a practical component as important as the historical and intellectual.

I have three other groups to thank. When the abrupt and mindless cuts to university funding of 1981 included advice that Drama might be a subject to axe, the support from colleagues in other disciplines was astounding. Add to this all the members of Drama staff  beyond those first years who helped broaden and embellish every aspect of the department’s life. Last, are the generations of students, not only those who have become famous, nationally and internationally, but every other graduate who put up with our various quirks and impossibly demanding schedules, all helping to demonstrate how studying drama could lead to a multiplicity of careers and futures.

I have three codas about the University of Hull, if that is not a contradiction in terms, one sad, two happy.

The loss of the cricket pitch not only demolishes the scene of many a titanic post-exam struggle between the Departments of Drama and English, seldom deservedly won by English, but also destroys the only area of greenery around which you could walk peacefully while looking for the right way to phrase an interesting thought.

On the other hand, the campus remains, as it has ever since I watched from my first office the planting of that magnificent  Aesculus chestnut tree on the north side of what is now the Larkin building, a glorious and unwavering tribute to the head gardeners and their assistants who have never failed to keep it a pleasing and picturesque place to work.

And finally, the recent award of Grade II Listing for the Gulbenkian Centre is a suitable tribute to its architects and all the staff and students for whom it was, long-term or short, their home and haven.

3 thoughts on “J.Michael Walton: “Hull, for a year then, I thought. 38 years later I retired as an Emeritus Professor in Drama””