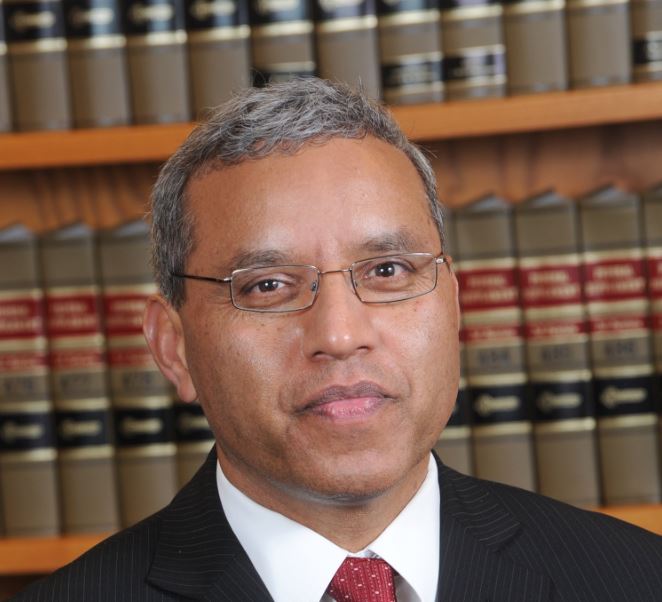 There can be very few alumni of the University who have touched the lives of so many people in such a profound way. Over a long career in the field of International Human Rights Law, Professor Surya Subedi has worked tirelessly to encourage and assist governments to work towards establishing independent judiciaries. He has secured the release of journalists from prisons, facilitated the safe return of exiled opposition leaders, improved prison conditions and modified land concessions to mitigate human rights abuses in Cambodia.

Professor Subedi graduated in law from the University of Hull in 1988.  He is currently Professor of International Law at the University of Leeds and a practising barrister. From 2009 to 2015 he was the UN Special Rapporteur for human rights in Cambodia and from 2010 to 2015 served as a member of a high-level Advisory Group on Human Rights to the British Foreign Secretary. He was a government nominee for appointment to the position of the UN High Commissioner for Human Rights in 2014. He was elected to the Institut de Droit International at its Session in Rhodes in 2011 and made a Membre Titulaire in 2015. He was recently awarded Queen’s Counsel honoris causa for his contribution to the development of international law and to the advancement of human rights.

We caught up with Professor Subedi shortly after his recent award in order to reflect on his time in Hull and discover more about his ongoing work to secure human rights and freedoms.

Prior to coming to Hull, I was working as a law officer in the international law office of the Government of Nepal. When I was successful in winning a British Council Scholarship (now known as Chevening Scholarship) way back in 1986 in Kathmandu, Nepal, to study for an LLM in International Law, I had offers to study for an LLM at three prestigious British universities, including Hull, and I chose Hull because it had a good reputation in international law, was known to have a beautiful small compact campus and friendly staff. I went to see the deputy head of the British Council office in Kathmandu for advice about my choice of university and he said if you go to a large university you may not get the attention of the professors that you need. But if you go to a smaller nice university like Hull your professors will get to know you better and you will receive the support and guidance that you will need to do well in your studies and he was right. I decided to come to Hull and was impressed by the campus of the university and the friendly welcoming staff and the people of Hull. I made the most of my time at Hull and obtained by LLM with Distinction and a prize for best LLM student of the year. I still am pleased with the choice of university that I made in 1986.

Three particular names spring to my mind:  they were Professors David Freestone and Scott Davidson and Senior Lecturer Mr Colin Baxter. They were first rate academics and had huge influence on me. I enjoyed the courses that they taught and they went out of their way to help us. Our cohort that year had students from all over the world. It was like a mini-UN in Hull and we had a great time sharing our experience and learning from each other.

Yes, I did. Hull has a particular feel of human rights, liberty and emancipation. When I visited the Wilberforce museum I was so much inspired by it. Hull was a buzzing place at the time in terms of the debate on contemporary global issues and I used actively to participate in many of such international activities.

In one of the courses I did I got a distinction for an essay I wrote and Professor David Freestone congratulated me and said that what I had written was of publishable quality and recommended its publication. It actually got published in an international law journal while I still was a student at Hull. That helped me a great deal to get admission to Oxford to do a PhD in law and later to launch a career in academia. Hull provided a solid training for me to develop myself as an international law scholar and I am most grateful to the University of Hull.

Yes, indeed. Whether it was working for the Government of Nepal in my previous career or as the UN Special Rapporteur for human rights in Cambodia or as an advisor on human rights to the British Foreign Secretary I felt that there was some degree of tension between the human rights agenda and government objectives. One can overcome this challenge mainly by maintaining one’s objectivity, impartiality and independence and remaining as a lawyer loyal to the rule of law, whether nationally and internationally. When I began my work in Cambodia in 2009 I have initially had difficult time with the Government. But I later was able to command their respect for developing and successfully employing a constructive approach, i.e. offering suggestions to governments when criticising their record of human rights. When I took a macro rather than a micro approach to tackling human rights problems in Cambodia and gave constructive recommendations in this regard, the Government was willing to cooperate with me. With regard to my experience of work with the British Foreign Secretary, it was pleasant and productive. Of course, as they say, ‘advisers advise and ministers decide’ and it was no different with the then Foreign Secretary the Rt Hon William Hague (now Lord Hague). But being a very knowledgeable and erudite person himself, he always was willing to listen to our advice, alternative views and sometimes even critical views and was respectful to us.

Yes, indeed it is exceptionally rare. The award of Honorary Queen’s Counsel is made to distinguished qualified lawyers and legal academics who have made a major contribution to the law of England & Wales outside practice in the courts. In my case, it was in recognition of my contribution to the development of international law and to the advancement of human rights. A press release issued by the Government on 12 January 2017 stated that I had made “an exceptional contribution over a sustained period at the international level to develop international law and to advance human rights.” No, it does not carry any specific obligations as such on my part, but it will give more credibility to what I say about human rights and international law and more people will take my views more seriously knowing that I am both a Professor and a QC. Those who disagree with my views, will have difficult time in criticising me stating that I was pumping out armchair advice from an ivory tower of academia on democracy and human rights. They will see that I have rolled up my sleeves, put my theories into action and driven myself as hard as I can for good causes – the promotion of rule of law, democracy and human rights and have been recognised for my work.  Yes, I can use the title in court practice identifying myself as QC (Hon) since I am a fully qualified and practising barrister in England and Wales.

Yes, the world is yours if you apply yourself fully to the task ahead. There are not many things that are impossible in life – the world has opened up so much that whether it is the UN or other international organisations they will value you if you are an open minded, sincere and committed person.  My advice is that if you do good to the world you will be doing good to yourself. Your time at Hull should be an opportunity to develop yourself as a good global citizen willing to rise to any challenge and I am confident that you will succeed in life and I wish you all the best.