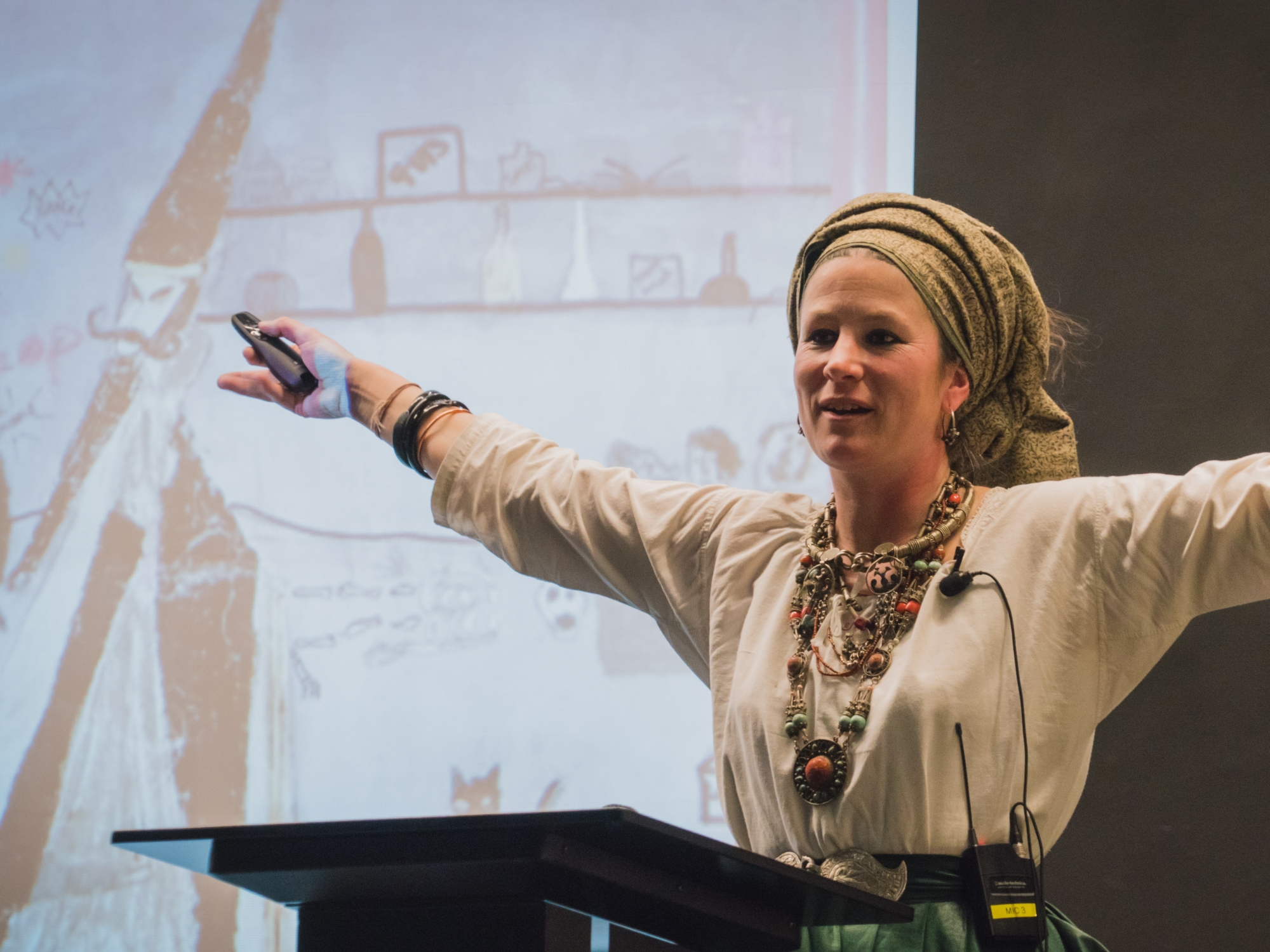 They say that you should never work with animals or children, but the two are deeply entwined in the life and work of artist, illustrator and print maker Olivia Lomenech Gill. By the end of her ‘Inspired in Hull’ lecture on Friday 9th March, it was clear to all that the spontaneity of children, and the inspiration to be gained from the natural world provided a magic that both elevated and transcended her most famous work.

The most significant career highlight for Olivia so far has been to illustrate the most recent addition to the Harry Potter cannon, JK Rowling’s “Fantastic Beasts and Where to Find Them”. It is hard to imagine a greater honour or responsibility for an illustrator than to be tasked with bringing to life this modern day bestiary of fantastic imaginary creatures from the universe of Harry Potter. An honour, because it means working with one of the most famous and significant literary phenomena of the 21st century; a responsibility, because of the role that Harry Potter has played in the imaginative lives of a generation of children and young people. It is a challenge, though, to which Olivia responded magnificently, producing an unquestionably beautiful book that compliments that source material and yet also has a distinct and vivid vision that is uniquely hers.

Olivia bewitched the audience, weaving an enchanting web of stories and images that spoke of a voracious curiousity, a relatable intellectualism and a healthy appetite for life and living. This was a lecture that seemed to encompass everything. From her childhood drawings and the books she loved growing-up, through experiences travelling in Britain, Europe and beyond to Syria and Egypt, and on to the building of her studio and her spartan but bucolic life in Northumbria with her children and her husband Vincent, this was more a wonder tour of a creatively alive imagination and memory than an early evening lecture and it was well received by both the adults and the children in the room.

Going into great detail about her creative process, Olivia revealed the real-life inspirations for her creatures, the animals that she had found on trips with her children, and who she practiced drawing to give life and reality to the fantastical beasts of the imagination in the book. She had taken her inspiration, too, from the earliest natural history texts and encyclopedias, meaning that the finished book has a depth and a relationship to history and ‘reality’ that adds an extra dimension to the magic and imagination of JK Rowling’s fantasy world.

The Q&A included questions from some of the children in the audience who were keen to know which of the Fantastic Beasts she most enjoyed drawing, or would most like to meet. There was also a stage invasion from Olivia’s three year-old son, who wanted to rest his head on his mother’s lap at the end of a long day. It was the perfect illustration of the struggle Olivia had talked about earlier in the lecture, of balancing work and the job of raising three children. In all regards, it is a struggle that Olivia has succeeded in turning into a creative platform that continues to fuel an inspiring and burgeoning body of work.

5 thoughts on ““From Hull to Hogwarts” with Artist and Illustrator Olivia Lomenech Gill, 9 March 2018”