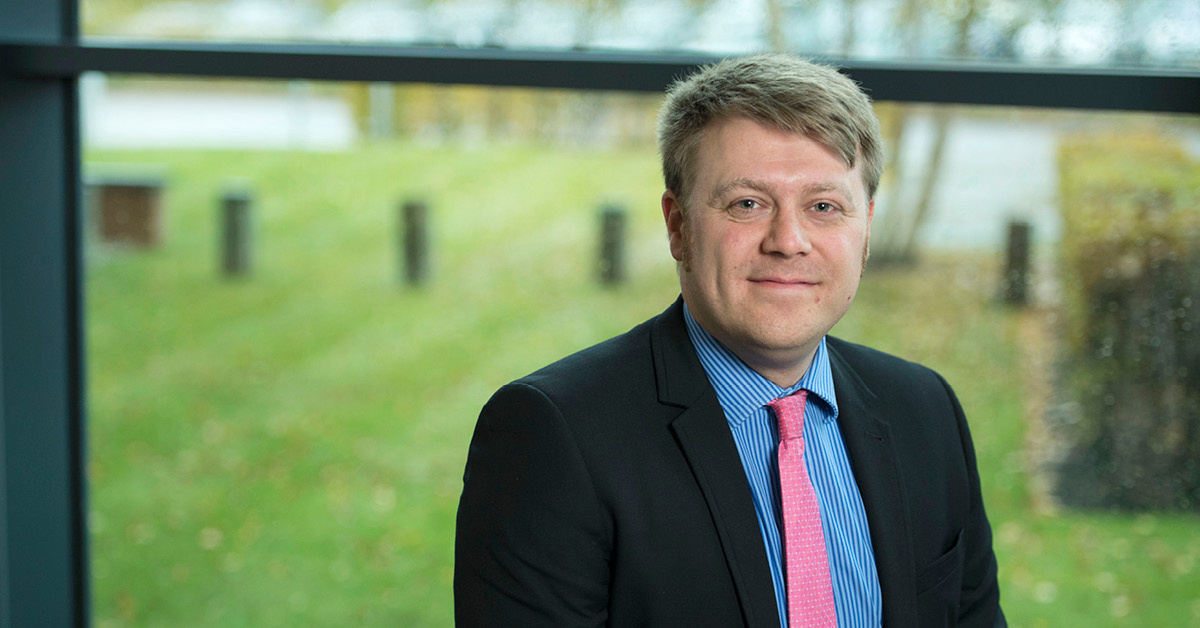 Graduating from The University of Hull in 2006, Joseph Dawson took his love for law and his passion for helping people to become an Associate Solicitor at Leigh Day Solicitors, one of the UK’s most respected human right firms.

My career in law started a lot younger than most people. As a self-confessed movie buff, I was highly influenced by the provocative legal films I religiously watched: Philadelphia, A Few Good Men, JFK and My Cousin Vinny.

Choosing to study at the University of Hull was also a no-brainer for me. Not only was it one of the top ten law schools in the country, it was right on my doorstep – so I went to an acclaimed university and studied an excellent law course, all the while remaining close to my friends and family.

Whilst studying at the University of Hull, I was taught by some of the best educators in the country. My time at the university allowed me to meet a group of friends who I still see regularly. The support from these incredible people was the biggest influence on my years at Hull.

Although I don’t have any significant regrets, as always, hindsight can be a beautiful thing. If I had to go back in time, I would probably spend more time planning for my career path at an earlier stage, as opposed to attempting to do this whilst I was studying for my final LPC exams and facing leaving law school without a legal role to immediately go into.

My academic career at the University of Hull ultimately helped to guide me on the career path I find myself on today. The degree I achieved was the key I needed to take the next step to an LPC, which led me to my first legal job and the eventual qualification as a solicitor. My degree taught me the importance of detail in the analysis of a legal argument. There are rarely (if ever) any easy answers to legal issues and the only way to achieve a goal is to focus on the level of detail and analysis required to do so.

Following my 3-year law degree, I moved onto the College of Law in York to complete my LPC. I then gained the paralegal role for a high-street personal injury firm in Norwich and after 1 year at the firm I was offered a training contract which I completed in May 2010. Shortly after, I was offered a position at Irwin Mitchell LLP in Birmingham, working in the International Travel Litigation Group department, where I spent over six years.

It was in November 2016 when I was offered a role at Leigh Day Solicitors, continuing my work for claimants involved in serious injuries abroad, and then after two years with the firm, the role of an Associate Solicitor.

Working for Leigh Day Solicitors has allowed me to develop my career which continues to expose me to a wide range of cases where my legal abilities and experience secure regular successful outcomes for my clients.

One of my most interesting career stories is definitely the time where I ran a multi-party road traffic accident in France to a 5-day trial as the liability of the Motor Insurers’ Bureau to my client, a case that was then widely quoted in articles and text books concerning serious accidents abroad and the development of legal principle

There’s no question about it, Law is a very demanding but equally as rewarding of a career choice. There are many who wish to follow a career path in law and the competition can be so fierce, you can never expect to be entitled to the career/job that you want. If you have the dedication and the determination to work hard and see it through, most likely paying some dues along the way, you have every chance at having a successful career in law.

For more information on Joe, or to contact him, see his career page at Leigh Day