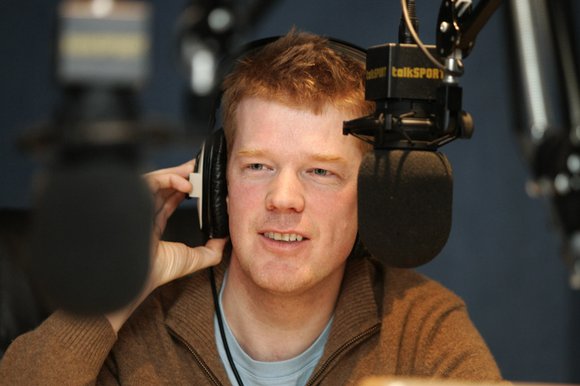 29th March 1991 was a decisive day for Politics graduate Adrian Durham; a rugby league fan from the non-heartlands of Cambridgeshire, he “loved the game, but didn’t have a club” and had decided to throw his lot-in with one of the two teams contesting for bragging rights in Hull on that Good Friday

The derby was Hull FC vs Hull KR at the Boulevard, one of the greatest rivalries in sport and Adrian had pledged his undying support to the winner which, on this occasion, turned out to be Hull FC by a decisive 12 points.

Fast forward 25 years and Adrian Durham, now daily “Drivetime” presenter on TalkSPORT, continues to straddle the fault lines between East and West Hull; taking as the subject for his new book the life and career of Paul Cooke, Hull’s most controversial rugby league son.

Paul Cooke was born in East Hull and, true to his roots, grew up supporting Hull KR. Despite this, he began his professional career in 1999 with Hull FC and quickly became a crowd favourite at the Boulevard – forming a lethal half-back pairing with Richard Horne, another hometown boy. Controversy struck in 2007 when, in the midst of a pay dispute with Hull FC, Cooke opted for a mid-season dash to hated rivals Hull KR on a three-and-a-half year contract. Misconduct charges and a temporary ban followed with the threat of further civil action, but it was the outrage generated by supporters at his erstwhile club that became the story, an opprobrium that continues to this day.

Adrian’s co-written account of Cooke’s career, ‘Judas? The Story of Paul Cooke’ promises not only to reveal the painful truth about Cooke’s motivations at the time but also to refocus attention on his brilliance on the pitch.

I began by asking Adrian whether he could foresee any redemption for Paul Cooke in his hometown, his response was unequivocal “Absolutely. The truth should shock a few, and hopefully enlighten a few more…there is so much more to the story than people realise.”

Adrian is well placed to help Paul Cooke tell his story – as a former columnist for the Hull Daily Mail and DJ at Viking FM, he knows the city and its people well. His pride in the place is emphatic, recalling his time as a student, Adrian tells me that “I love the place, it feels like home whenever I’m there. I see Hull as the perfect place for me to have spent those important years. I learned about life, achieved qualifications and fell in love with the place”

Much is often made of a geographic and social distance between the University of Hull and the city itself – ‘town and gown’ is frequently over-stated as a key dividing line. Ironic then that a graduate of the University should choose not only to embrace the city at it most raw (sporting) level but that he should land on a personal story that reflects the fury, loyalty, tenacity, determination and ultimately the creative tension of a city divided geographically by the thin sliver of the River Hull, but psychologically by two big rugby league beasts.

‘Judas? The Story of Paul Cooke’ by Paul Cooke and Adrian Durham is out on 3 October 2016

One thought on “Adrian Durham: “Once I went to a Hull derby that was it, rugby league was in my heart and soul””