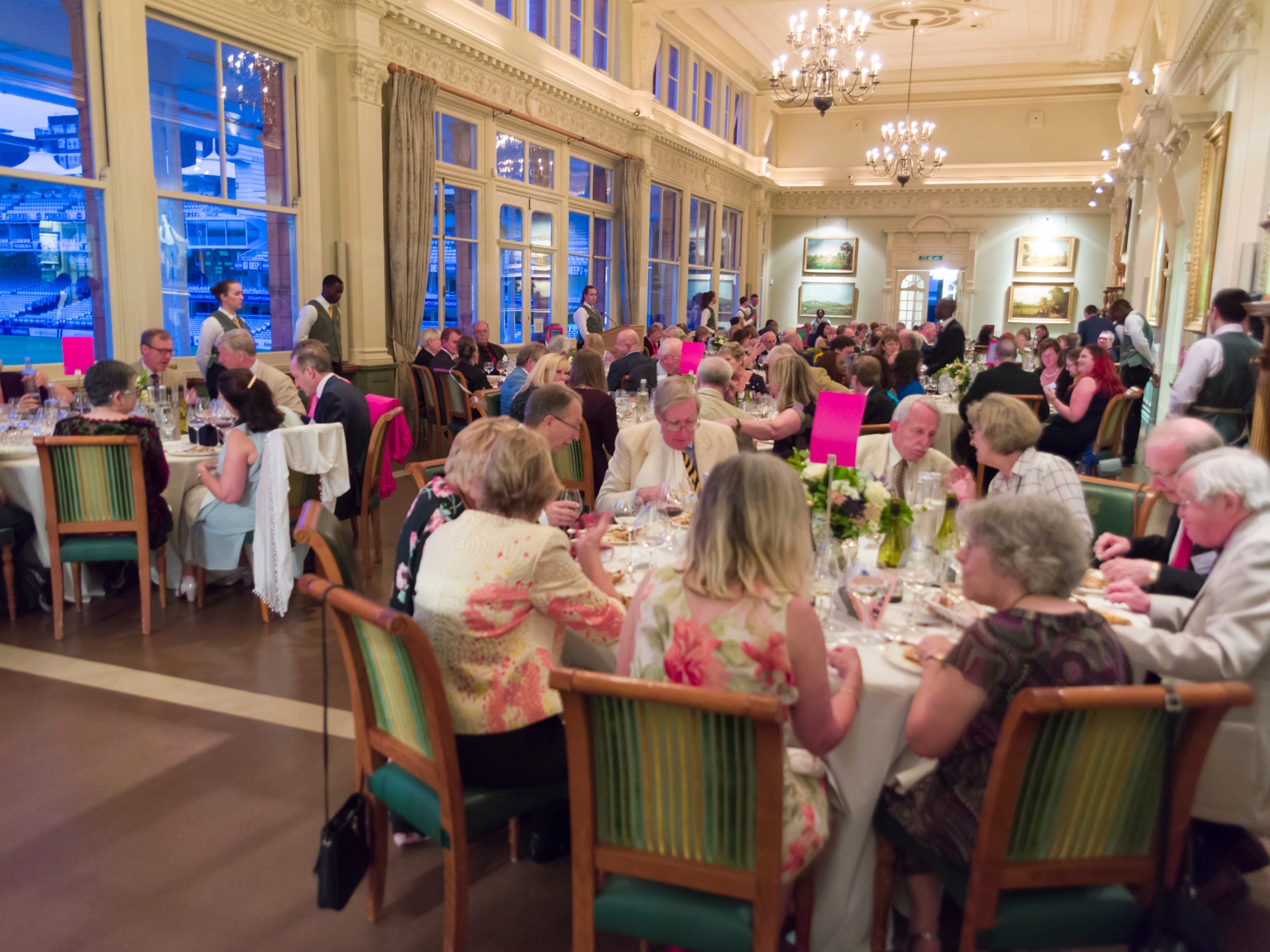 Less than a week since England’s thrilling ‘technical’ victory in the Cricket World Cup final and with just two weeks to the start of the 71st Ashes series, it was our great privilege to welcome alumni to the Long Room at Lords “the most evocative four walls in world cricket” (Lawrence Booth, Editor of Wisden).

Following a pre-meeting in the Writing Room for members of the Vice-Chancellor’s Circle and a tour of this most historic and cherished of sporting venues, the evening commenced in the Long Room bar with an address from the Chancellor to alumni. Chancellor Baroness Bottomley of Nettlestone, a tireless campaigner for the University of Hull, welcomed alumni to the venue and spoke with great passion about the unique qualities of the University of Hull and its graduates before inviting alumni to be seated for a meal in the vaunted Long Room.

Prior to the meal, guests were welcomed by comedian and political commentator Ayesha Hazarika who talked about her journey at Hull and her career in politics and entertainment. Ayesha drew attention to the ability and willingness of the institution to look at students holistically, a quality that helped her to realise that she was not destined for a career in law but that her strengths, skills and personality had a value in other areas. Based on her anecdotes and stories from her life in Westminster and the media, these qualities have taken her everywhere. From accompanying a nervous Ed Miliband into the Chamber for PMQs (after he had belatedly realised that his grey streak made him resemble a badger – the very subject of the PMQs that afternoon!), to recently being appointed as the new Editor of the Evening Standard’s The Londoner.

Following the meal, Ayesha updated alumni on Sports Development on campus with particular reference to the recently announced Team GB Partnership, before introducing our guest speaker Dr Clare Taylor MBE. Clare is one of our greatest sporting alumni, having won the Women’s Cricket World Cup in 1993 with England and represented her country in the Women’s Football World Cup in 1995. Clare delighted the audience with a run through some of the comic highlights of her long career in sport, this included her not receiving her own England world cup call-up letter due to the industrial action that she as ‘a postie’ was participating in! Clare also recalled an exchange with a stranger lurking on the boundary at one her games; after he had asked why she was nicknamed ‘Romper’, Clare made a joking reference to her personal life, before later realising that she had actually been in conversation with the ECB Chairman of Selectors!

The Vice-Chancellor rounded the evening off with our traditional toast of Lampada Ferens (bearing the light of learning) which was enthusiastically received by our alumni, all of whom, in their own ways, carry that light out into the world.

One thought on “Comedy, Cricket and Culinary Delights in the Long Room at Lord’s”