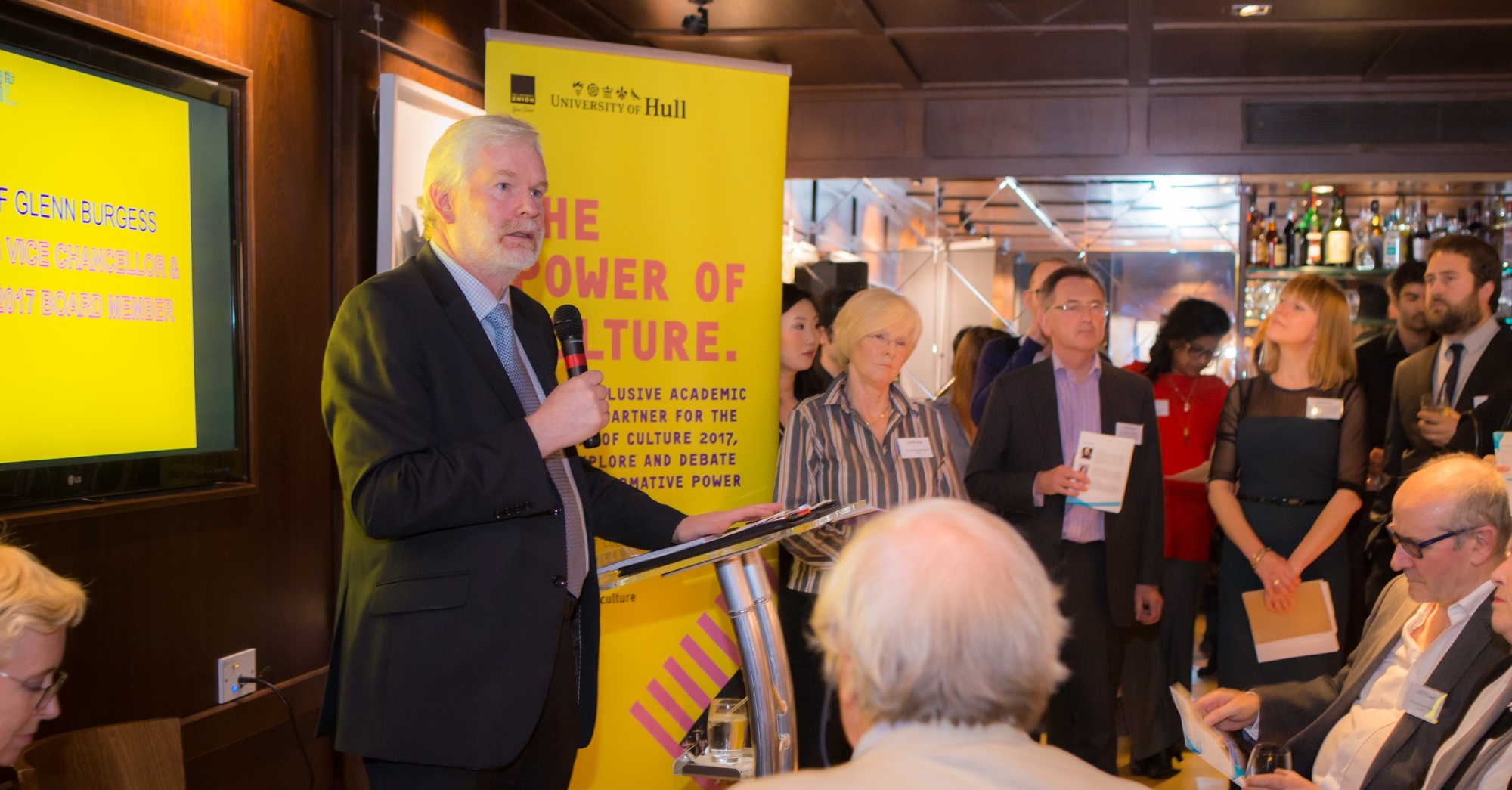 An inspiring evening was held at the Groucho Club in London on Monday 3 October, when over 60 alumni gathered to hear Rosie Millard, chair of Hull 2017, outline many of the events (some risky, all eye-opening) due to start at 20.17 on Jan 1st (massive free fireworks display – tickets available soon). She also said that the year-long festival of culture is for everyone in Hull and indeed the whole nation, the result of a £32m spend, co-ordinated by the man who directed the 2012 Olympic ceremonies, Martin Green.

Involvement is key to the success of City of Culture. The University is hosting about 25% of the events and if you missed Marianne Lewsley-Stier’s presentation of what’s on offer, you can find out at Home – Hull UK City of Culture 2017 where 4 seasons and 365 days of shows, productions, performances and exhibitions are set out for your consideration!

London-based alumni who met him will want to be at the Anthony Minghella retrospective in January. I shall be booking tickets for Brighouse and Rastrick playing alongside the EYMS band at the City Hall. I want to know how Opera North is going to play the Humber Bridge. Then there’s Flood, a live outdoor spectacular details tba, plus the makeover of a Hull housing estate and the return of the Spiders from Mars. Exhibitions including sketches by Michelangelo from the British Museum will run during the year and Hull Truck will perform Richard III in May.

The Creatives Evening also heard from Indhu Rubasingham, a Hull Drama graduate who’s now Artistic Director of the Tricycle Theatre in London. She spoke on the theme of The Transformational Power of Culture and I’m hoping her thoughts are going to be made available on the University’s website. Ditto, Darren Henley, Hull politics graduate who ran Classic FM and is now head of Arts Council England and author of The Arts Dividend: why investing in culture pays.

Hull’s creative graduates are to be encouraged to share their expertise in a new online forum. Its aim is to debate, offer mentoring, support and meet, so the power of culture generated by Hull University becomes more widely known and valued.

Dr John McLoughlin, the Director of Development and Alumni Relations, hosted the event with his team; the acting Vice-Chancellor Prof Glenn Burgess (and 2017 board member) opened the evening, and we were introduced to Dr Ben Butler, the new head of Alumni Relations who replaces Chris Cagney. All ceremonies were mastered by yours truly, who was thrilled to see so many new faces and old friends.