What happened when the guns fell silent in November, 1918? Who cleared the battlefields and buried the dead? And why did so many men who fought – and survived – stay on in France and Flanders, searching the battlefields for fallen comrades? – The Glorious Dead by Tim Atkinson

Alumnus Tim Atkinson (Philosophy, 1986) is a teacher, author and award winning blogger. His latest book ‘The Glorious Dead’ is about the aftermath of World War I, and follows the story of the soldiers who stayed behind to clear the battlefields and bury the dead.

Tim’s first novel, ‘Writing Therapy’ was nominated for the 2008 YoungMinds Fiction Award and covers the themes of creativity, mental illness, therapy and recovery. In this interview we find out more about his connection to Hull, what inspires his writing and his thoughts on mental health.

What made you decide to study at the University of Hull?

I lived in Hull until my family moved to the West Riding of Yorkshire when I was nine. So I had fond memories of the city and was keen to ‘come home’. I’d also developed a passion for poetry – Philip Larkin’s in particular – and thought proximity to the great man might somehow allow some of the literary magic to rub off on me!

Could you tell us a bit about your time at Hull – what are your fondest memories?

Getting to know the city again was wonderful. Of course, it had changed – it is constantly changing – but remained and remains the vibrant, friendly and fascinating city it has always been. I deliberately tried to do new things while at Hull. I joined the University Choir as soon as I arrived, developing a life-long love of singing as a result.

Is there anything or anyone who stands out particularly as being influential?

The biggest influence probably came from the university careers service. It was a time of deep cuts across the HE sector. I’d got a job teaching at a school in Egypt and also a place on PGCE course in London. ‘Do the PGCE,’ the advisor told me. ‘The job will still be there in a year’s time, but that PGCE course will have been shut down.’ It was good advice. I did the course and qualified as a teacher. But I never did get to go to Cairo!

The fact that no-one else seemed to have done so was pretty much top of my list of reasons. That, plus a growing sense that these men, this story, deserved wider recognition. Few people know that thousands of troops volunteered to stay in France and Flanders following the Armistice. Pay certainly wasn’t an incentive. So what was? Why did men who’d fought and survived not want to catch the first boat home?

Could you tell us a bit about your career path since graduating? You have written for The Yorkshire Post, Times Educational Supplement and The Dalesman, you have appeared on BBC Radio and on TV on the BBC and ITV, you have been a teacher and are now an award winning blogger and author.  How did all of this happen, and how did you get into writing?

It sounds exciting put like that, but for twenty years I’ve been a humble schoolteacher doing a bit of writing on-the-side. When my son was born I gave up full-time work to keep an eye on the children and was casting around for part-time, work-from-home opportunities when a publisher approached me and asked if I’d like to write some text books. The rest, as they say, is history. Or it would be if the text books hadn’t been on the subject of geography! And if I wasn’t still doing it. The Glorious Dead will be my sixth book and although I’ve been back in front of a class on a part-time basis I seem to have adapted now that the kids are at school to the routine of writing as my ‘non-job’.

Your first novel ‘Writing Therapy’ was nominated for the 2008 YoungMinds Fiction Award. Can you tell us more about what mental health means to you?

We’re all under enormous strain to keep the plates spinning, but young people – and teenagers especially – are under tremendous pressure. It’s no surprise that mental health problems are so high among adolescents. They meet the perfect storm of exam stress at precisely the time their brains are undergoing the most radical re-wiring since infancy. We all need to be more aware of the problem and mental health – across the spectrum – needs to be taken as seriously as physical well-being.

What are your plans for the future?

More books. I’m already mid-way through a non-fiction title on the concept of pain and the worldwide problem of opioid addiction. After that I’d like to return to some of the characters in The Glorious Dead and take the story further. Some of the soldiers who stayed on ended up living in France and Flanders – often married to local girls and working as War Graves Commission gardeners – until the outbreak of the next war in 1939. I reckon I’ve enough material for a trilogy!

You can find out more about Tim’s book here 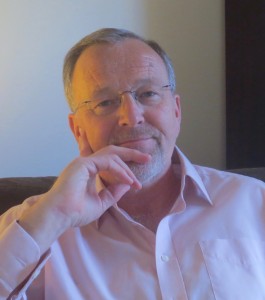